How will Metaverse Impact the Global Economy 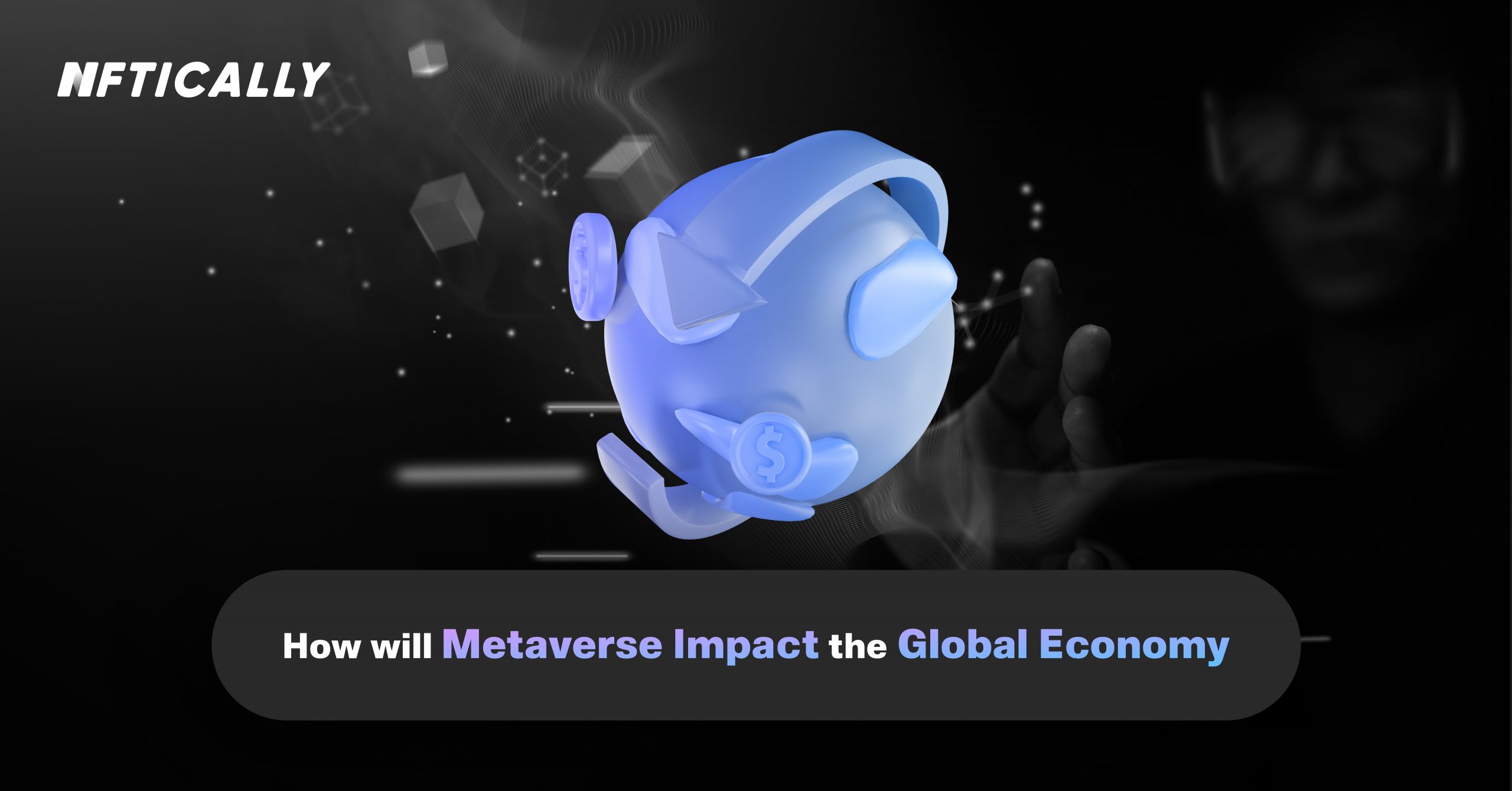 Constructing of metaverse economics is underway. Major corporations are ceasing their efforts to establish themselves in the virtual domain.

New research shows that the Metaverse could add $3 trillion (€2.8 trillion) to the global GDP in ten years if it grows in popularity as mobile technology has.

Economists at the international consulting firm Analysis Group did the study and found that expanding the virtual world could add 1.7% or $440 billion (€417 billion) to Europe’s economy in 10 years.

Contrary to popular belief, there is no virtual economy inside the Metaverse. Because of this, these innovations have far-reaching and significant economic impacts. The Metaverse will alter various present economic factors, including employment, specialized industries, and infrastructure.

If you want to know where this will have the most effect, this blog will tell you.

Because of the Covid-19 pandemic, remote labor shifted dramatically. Organizational frameworks that explicitly foster a WFA culture are becoming more common in large corporations. Now, workers worldwide may take advantage of several new possibilities due to this paradigm change.

Professionals with a high skill level may find a job in their home nation without needing to travel. Thus, employees create income that is reinvested in the local economy. Opportunities to engage will multiply as its expands.

The Metaverse will open up a whole new world of possibilities for remote work platforms. Users can access entire office suites, connect with coworkers, and more, regardless of where they are. It is expected that this expansion would lead to additional employment possibilities around the nation, bringing money to previously underserved regions.

Additionally, the Metaverse will provide a wide variety of educational options for people. Why? Because the  educational and training facilities will be much more advanced and immersive than those on Earth.

Isn’t it tempting to imagine attending a virtual training school where you may interact with professors, courses, and other students? And this is only one example of the many possibilities. Also, in the Metaverse, organizations may send their personnel on virtual training courses that anybody can attend.

Employers may be able to afford to recruit more highly qualified people due to these improvements. Increased wages may lead to higher taxes, which frees up resources for further economic growth.

Metaverse will boost global economic development. The purchases, language, and pomp around the Metaverse may make us forget that it reflects the real world. A distinct virtual economy will be created to preserve society’s people, places, and experiences, replete with virtual professions that bring genuine value.

It is predicted that the global economy will grow at a fast speed due to the seemingly unlimited opportunities for making money. A virtual world also has no limitations.

Companies like Roblox, Nvidia, and Microsoft have also built virtual worlds using virtual or augmented reality technology in the past.

The western world was ahead of the curve when it came to building the infrastructure for communication, which led to the internet we use today. Now everyone seems linked and developing the metaverse at once.

NFTICALLY is a software-as-a-service platform that helps brands, businesses, and creators make and launch their NFT marketplaces.

What happens when an orthodox centralized organization sets its feet into a decentralized world? That sounds like an oxymoron, right? The global financial services provider HSBC, one of the most centralized entities, has taken a…