Impact of NFTs on social communities 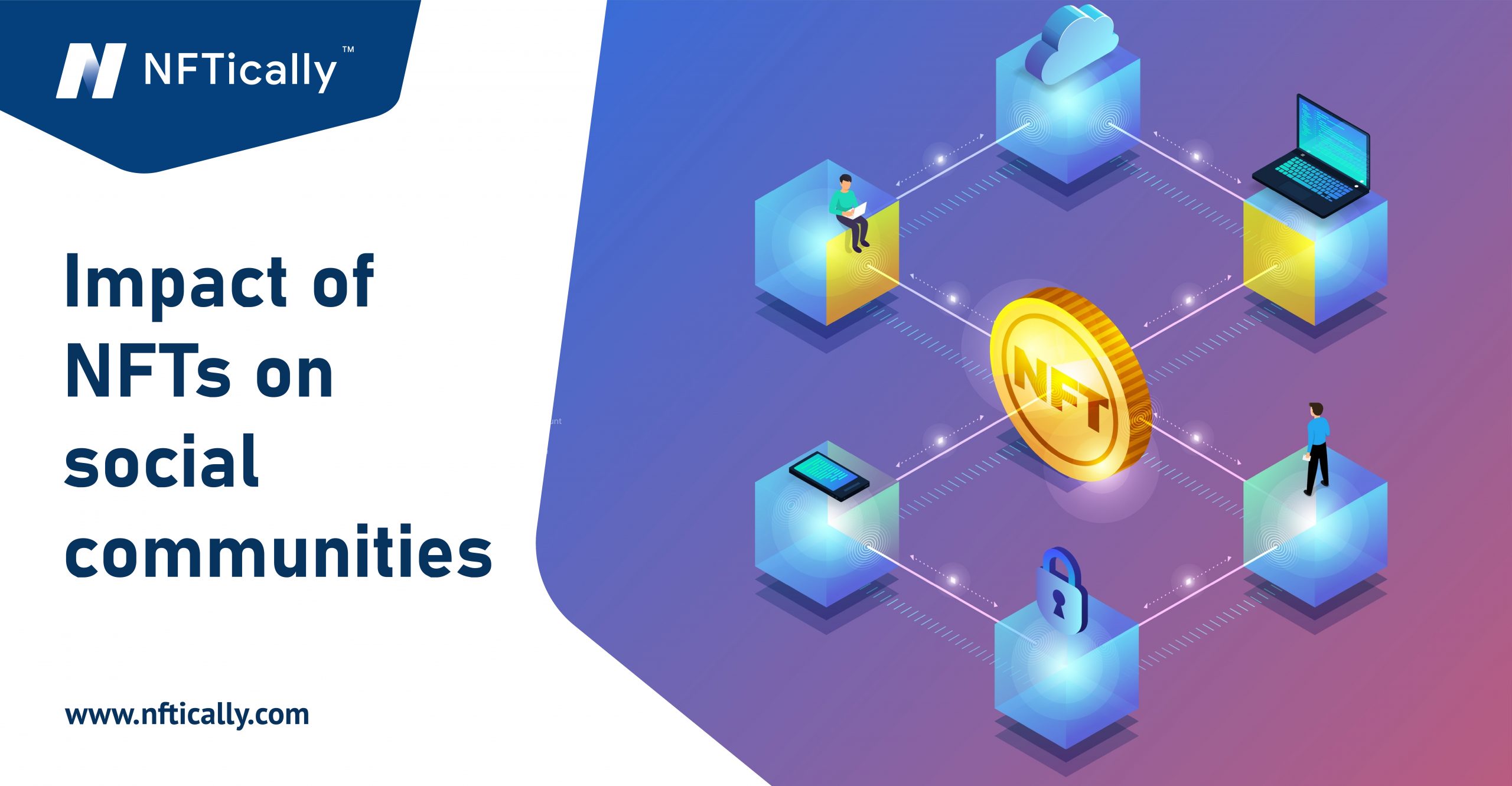 NFT is not another version of bank transfer like NEFT. NFTs are technical and understandable terms. As well as the function social media plays in their selling. Gucci’s sale of an NFT inspires its Aria collection. The starting price is USD 20,000. This makes the Italian luxury fashion house’s most expensive individual product. Like Dolce & Gabbana unveiled their NFT fashion line. Coca-Cola auctioned an NFT economy for USD 5,75,883.61. They are popular and have a positive approach. Due to which they’ve made it into the industry lexicon.

In this article, we’re going to look at the impact of NFTs on various social communities.

The Impact of NFTs Tokens

An NFT is a type of data unit kept on a digital ledger known as the Blockchain. This gives a guarantee of the digital asset’s importance. A blockchain, for those who are unfamiliar, is a system that keeps a record of transactions. This is conducted in cryptocurrency.

An NFT is also irreplaceable or transferable with another identical object. It is unique and even in the ownership of the proprietor and nobody else. In the metaverse, possessing an NFT is analogous to owning a real-world picture.

A painting owned alone by the owner, and irreplaceable because of the artwork’s uniqueness. There are countless copies of Vincent Van Gogh’s painting Starry Night is online for INR 1200. This is because there is only one authentic that might cost more than USD 100 MN. It preserves the actual spirit of the artwork’s cultural prominence.

Possessing an NFT does not imply owning its copyrights. This is up to negotiation, although in general, NFTs do not contain copyrights. The essence of this creative genre, digital art is where it all started. It is one of the first use case applications to which introduced the NFTs’ unique signature and supporting documentation.

The digital assets are not limited to art; the possibilities for what these assets may be are almost limitless. Collectibles or virtual mementos, such as a virtual card collection or the digital equal of a rare real card collection. Avatars, use profile images, including in assets. The meme of Shiba Inu known as the ‘Doge’ meme, is one of the most expensive memes ever. It has an NFT for USD 4 million or 1696.9 ETH.

For USD 500,000, Zo Roth sold a meme in an NFT form. If Zo Roth’s name doesn’t strike a bell, you may recognize her as ‘Disaster Girl. She is a charming girl standing in front of a burning home with an expression in her eyes. She has a grin on her face. It is one of the most unique memes of all time.

The Impact of NFTs on Social Media

Even if social media sites were to stop existing, the NFT economy is not affected. To assist the selling of NFTs, many online platforms and marketplaces have arisen.

There is no quicker or better way to reach out to the community, to inform them about an NFT offering. Set up an auction, or announce the sale through social media platforms.

Pointers to understanding these impacts

Several artists have a great or considerable following on social media. So reaching out to the community and informing them about an NFT offering would be easier. Physical painting in exhibitions created by digital art NFTs is on social media. The artist is free to work around the show, join a waitlist, or be “famous enough. They do it on their own terms.

NFT markets also use social media to quote a price and promote a call to action with links to buy an NFT. The captions might intend to describe the artwork or to inform viewers about the artist’s work and biography, as well as provide a visual reference that shows a preview of the artwork.

In the same way, social media links a customer to a brand. It acts as a common ground between a buyer, middle person, or seller for the sale of NFTs. No actual elements to ease the sale exist, purchasing is complete. The area investigates after sending it to an external platform.

Facebook has announced that NFT-related features and goods are being investigated. Instagram has been developing a tool to aid in the selling of digital collectibles. Many social networking platforms already include in-app Shops to support the online buy. The selling of NFTs is not different, except for the fact that it would have done in cryptocurrency.

The architecture allows the material distributed on social media is critical. This results in determining whether assets have a high level of popularity or not. Several of the NFTs get their market value via social media sites. Its services themselves do not allow for sale. The meme shared and circulated in a variety of themes and forms receives a massive amount of interaction. When it becomes so popular on the internet then its economic value skyrockets. Despite the fact that it had no practical function or physical capabilities. Dorsey’s Tweet has been a hit for many years. It’s even possible to discover it pinned on the accounts of social media nerds. Twitter calculates the pricing value.

Even though social media does not allow for the direct sale of NFTs, it has a quantifiable and intangible worth. This adds to NFT sales and defines their monetary value. The presence of social media will not only define the future of NFTs, but will also dominate online culture. 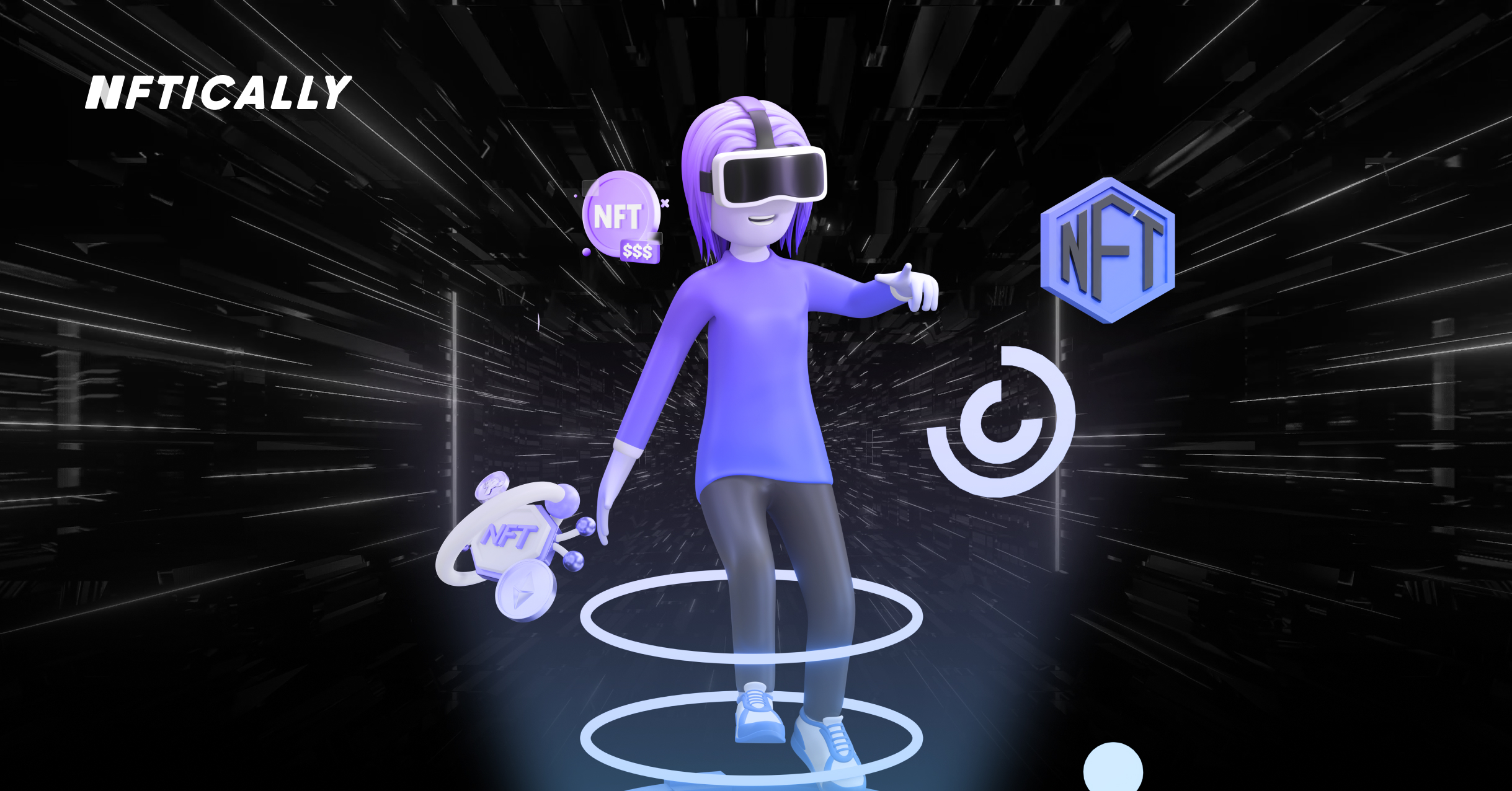 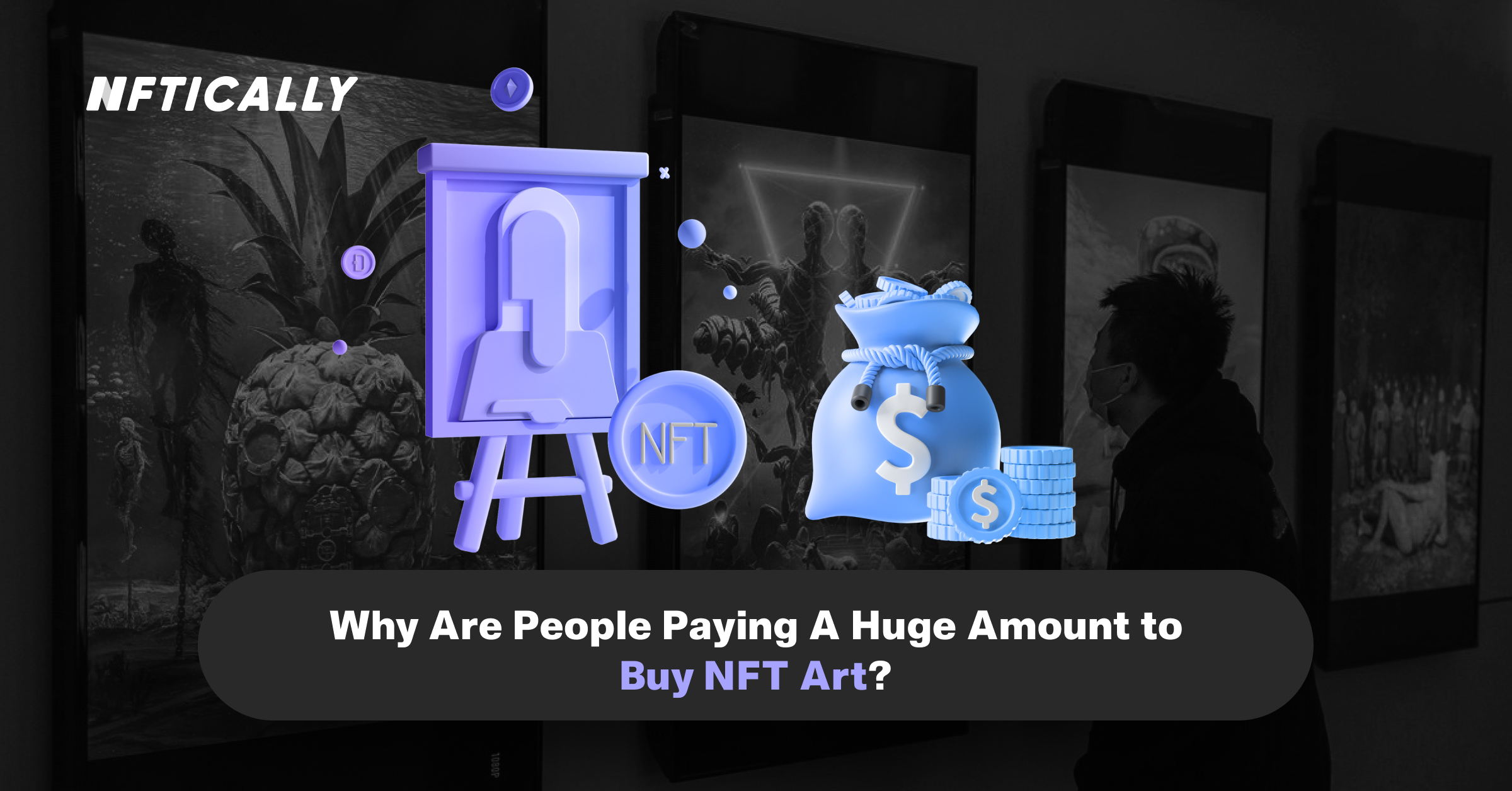 Why Are People Paying A Huge Amount to Buy NFT Art?

Have you heard of individuals paying millions or even tens of millions for NFT art? If you’ve been following cryptocurrency news for any time in 2021, you’re likely to have. It’s hard to see why…