The Top-Selling NFT Artists to Collect in 2021 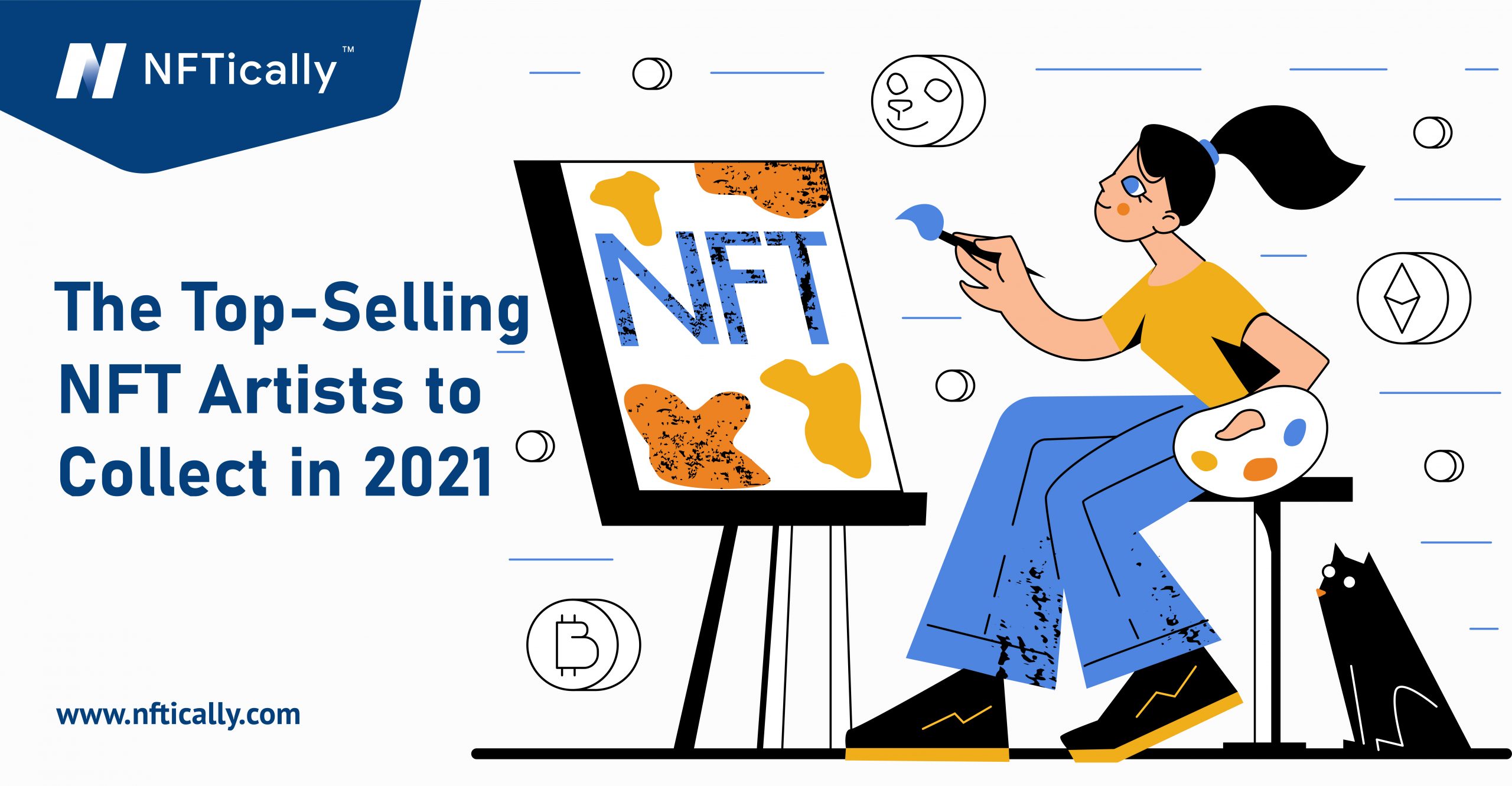 Undoubtedly, Picasso and Da Vinci had their moment. For centuries. But, now the time for digital art to take over has arrived. And, on the forefront of this takeover are NFT artists. In March 2021 alone NFT art made $85 million in sales from 509,000 NFT artworks.

While museums are yet to feature digital artists on their walls, top NFT artists sure are setting records that will be unforgettable. As the art world slowly shifts to a virtual realm, digital artists like Beeple and Trevor Jones have got the internet talking.

Additionally, NFTs are doing a 180 spin on every industry. Presently, they’ve hit the art, music, real estate world and promise to shake up consumer goods and more. But, what’s the hype about?

Non-fungible tokens or NFTs are blockchain-minted objects like art or music, which have unique encryption codes and are traded using cryptocurrency. It checks authenticity, as well as, calls for verified ownership.

If that bored you to death, here’s the iconic pop-culture show, Saturday Night Live’s take on it:

Ay, here’s the thing about NFTs

It’s a non-fungible token, you see

There can only be one

Built on a blockchain

A digital record of transactions

It records information on what’s happening

You can sell it as art

And this concludes my rappin’ part.

Yep, it is really catchy.

This is exactly how I memorized periodic tables during chemistry. In effect, if SNL is taking an interest in NFT art, it really is happening.

Here’s our list of the top NFT artists you need to watch out for.

As mentioned earlier, Beeple is the biggest name in the digital art world right now. Precisely, the third most valuable top NFT artist. Fame stoke after Beeple sold an NFT collage for a record-breaking $69 million. After a historical sale with Christie’s auction house, Beeple’s “Everydays: The First 5000 Days,” is what drew the mainstream media to observe NFT sales. This was also the first time NFT art with an accepted crypto payment window was listed in an established auction house.

Beeple has shared illustrations and animations with his 2.2 million Instagram followers, every day for the last 13 years. ( His feed is immaculate, by the way, in case you need some aesthetic inspiration.) He’s sold over 845 pieces, worked with renowned rap performers Nicki Minaj and Eminem, and his work goes for $133,849.86 on average. Impressive, right?

Speaking of working with celebrities, Blake Kathryn has worked with Paris Hilton to raise lesser-known creators to fame and support crypto artists. She has also bagged premier collaborations with high-profile brands, such as Fendi, Jimmy Choo, and the vodka brand, Smirnoff.

In her own words, Kathryn is a “3D artist with surreal futuristic aesthetics”, focusing on crafting dreamscapes. Her work includes a wide collection of themes with multi-dimensional creatures spanning around. Since entering the NFT world, the top NFT artist has become one of the leading names in illustrations, iconography, and branding.

The next big name on the list is an 18-year-old gen z, who has taken the NFT world by storm. This young artist, also known as Victor, has sold over 3,103 NFT pieces, each averaging $5,812.16. Additionally, he has an active Instagram and Twitter following of 50,000.

Victor was hesitant to join the NFT art world initially. However, after he made $25,000 for his piece ‘Moment I Fell in Love’, he felt safe exploring digital art in further depth. A lot of his work is inspired by his personal experiences with isolation, growing up in an abusive household, and his journey as a trans person. His art is personal and is depicted through dreamy undertones, monochromatic segments thrown with splashes of color, viewed through a nostalgic window of memories. His highest-selling piece titled ‘The Everlasting Beautiful’ captures this perfectly.

While we move on from an American teenager, 87-year-old Jose Delbo is proving to the NFT world that people grow old but artists never age. If you’re an OG fan of DC Marvel comics from back in the day, you may recognize his work from the first Wonder Woman comic books. In truth, this is an understatement as he also transposed the comics into this era, post World War II. He’s also illustrated for other iconic comics like the Batman/Superman series, as well as, Transformers.

Currently, he’s busy working on making and selling Wonder Woman-themed NFTs. Moreover, he’s made a smashing $1.85 million from selling these collectibles, with the centerpiece of the auction, ‘Heroines – Weight of the World’ sold at least for $300,000.

Imagine post-apocalyptic cityscapes in dynamic portrayals of cyberpunk themes and surreal dream world composition. That’s the work of Michah Dowbak or famously, Mad Dog Jones. The Canadian-born combines art and music and has sold 1,567 NFT artworks, each piece averaging over $9000.

He was the creator behind the Crash+Burn series which raised a successful $4.3 million auction through the marketplace Nifty Gateway. Furthermore, with an additional 301k followers, Mad Dog Jones has one of the most artistic Instagram feed ever.

NFTically is one such platform that can help you in trading your Non Fungible Tokens. In NFTically, you can open your store in just a few minutes. Minting, selling as well buying are the options that NFTically provides their users. All you require is to set up a wallet, build your collections, put in your NFTs (which can be an image, song, video clips, etc.), and at last, list those NFTs up for sale. 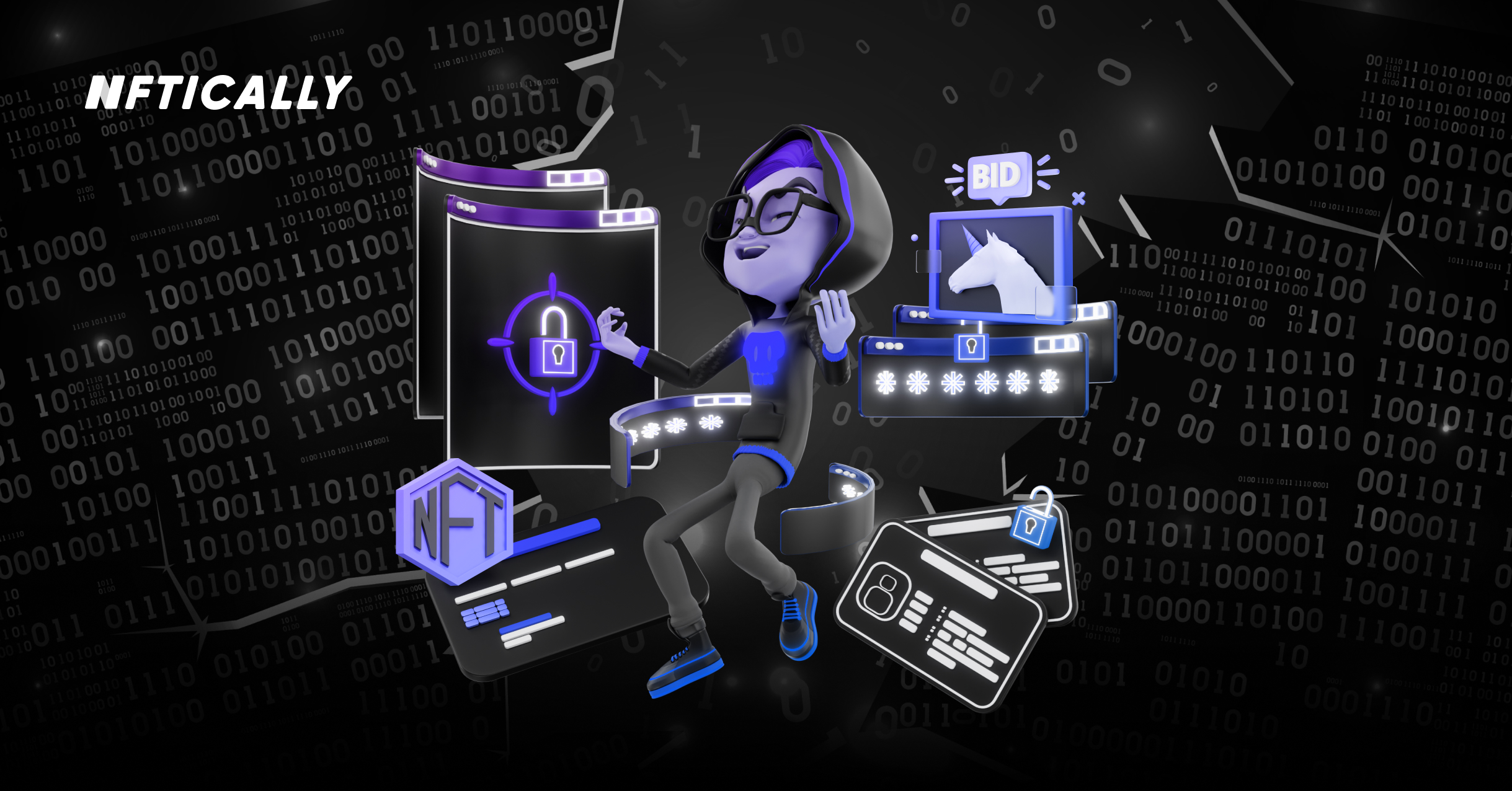