Virtual Land in the Metaverse Is Selling for Millions of Dollars 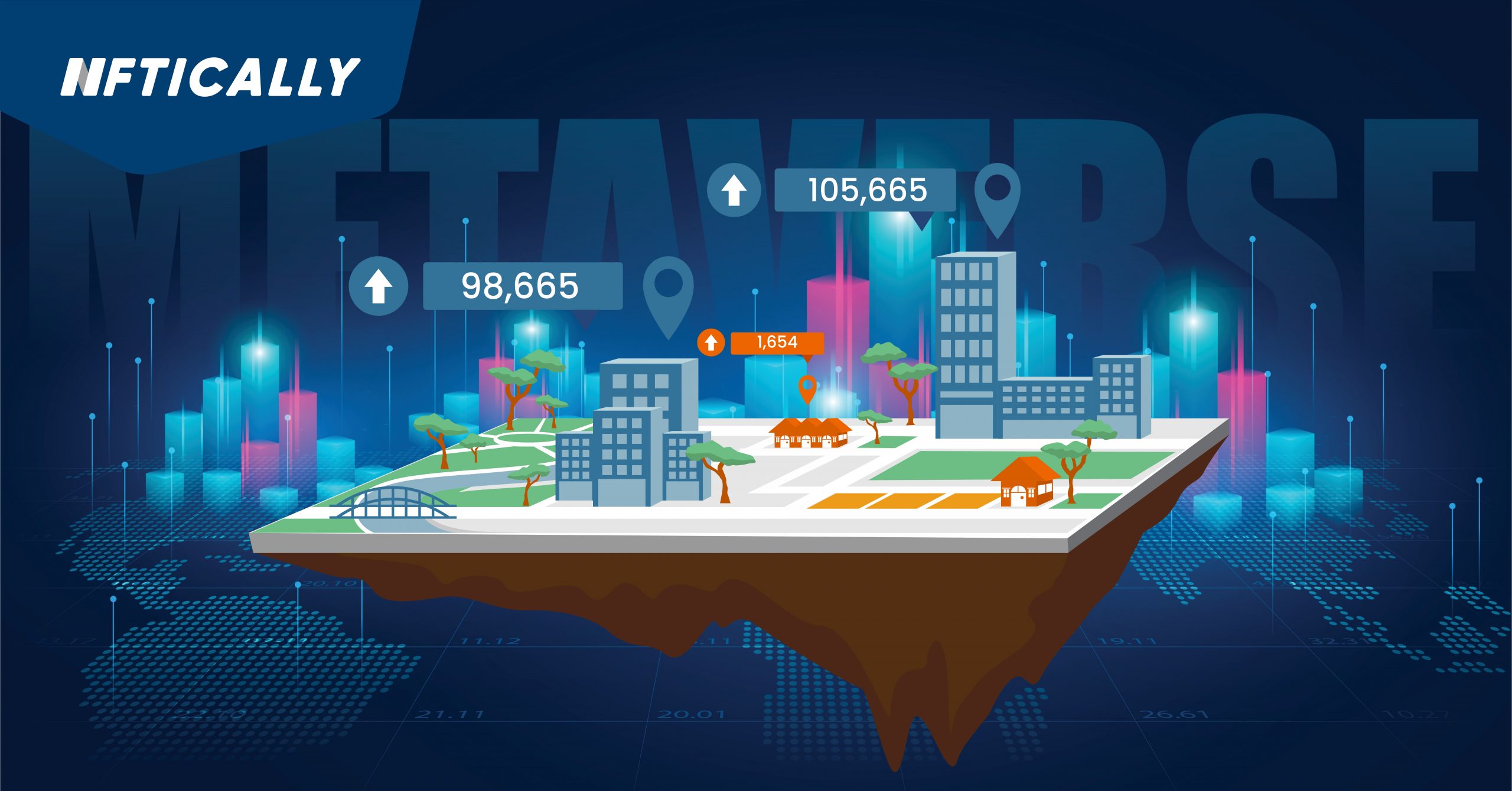 We are in the midst of what people are calling, the great transition age of technology. Meaning to say that it is a time where many technologies are being tried out in the marketplace. Likewise, whatever sticks, will make it to the next decades of growth. Web3 is the third, and decentralized, future of the internet. Users will own assets and data across blockchains. We will work, create and collaborate with each other. The foundations for this digital economy, begins with virtual land. Hence, land, as the base of the industrial revolution, is set to play itself as virtual land in the metaverse.

What is the big deal with virtual land? Imagine a future, where there is an alternate reality layered on top of the physical one. Accessible to us with our internet enabled devices. Now you must be thinking, wait what? Why is any of this virtual land stuff even happening? Why do we even need virtual land? Don’t we have land already in the physical world? Yes, we do. But, there are limits to growth in the real, physical world. The internet and the digital medium have taken over as the dominant forms of value creation. The future is about migrating to the virtual land in the Metaverse.

Today’s post explains some key facts about this trend. But before that, let’s understand what virtual land in the metaverse means.

What is the Metaverse?

The Metaverse is a digital representation of our reality that’s layered on top of the real world. It is a digital realm led by 3D dominant Virtual Reality technologies. They are on the verge of becoming commercial and available to millions of people in the world. But, the Metaverse represents a journey more than anything else. We need faster internet speeds led by 5G and beyond. We will need blockchains to take over as the default database of all applications. Likewise, we need drastic improvements in hardware and software. These power all the applications people will build on top of it.

Also Read: The Metaverse: What It Is, Where to Find it, Who Will Build It

What is Virtual Land?

To understand virtual land, we need to understand NFTs or non-fungible tokens. Non-fungible tokens or NFTs are digital files that live on the blockchain. Likewise, virtual land in the metaverse exists as NFTs whose ownership is provable. The blockchain maintains ownership records and financial transactions forever. Meaning to say, forever. Likewise, each parcel of virtual land in the metaverse exists as an NFT. Its ownership is unique and provable from time to time. Hence, this eliminates all possibilities of fraud that exists in the physical world. Land ownership records get tampered and forged by malicious actors.

Hence, think of virtual land as NFTs which occupy space in decentralized applications. Likewise, people can own land, monetize them and do whatever they want on top of it. Virtual land in the metaverse marks the beginning of the metaversal economy.

Why is Virtual Land selling for Millions of Dollars?

This is a remarkable phenomenon. Imagine someone remarking about virtual land and metaverse before 2020. No one would have believed it. Virtual land in the Metaverse? Why bother when people have real land in the real world? There are many reasons why we’re seeing the rise of a new digital economy. It is exactly the same reason as the one we’re taught in mainstream economics. Hence, the laws of supply and demand. Let’s explore ahead in the sections, why virtual land in the metaverse is selling for millions of dollars.

Experts are saying that the value of our digital life is much greater than the one in real life. There is a simple reason for this. It’s because we want to do everything we want as fast as possible, at the click of a button. Software is eating the world. People prefer the internet when it comes to deciding what to study, who to meet, what to eat, where to go and so on. Popular and most visited online spaces will become their own economy. The rush to buy virtual land is a bet on the future value of these spaces. More people will get interested in doing things online as time goes by. Not everyone can afford to build new virtual land from scratch like the real world. Hence we’ll prefer to rent or buy existing virtual land.

The Frontier of a New Economy

People get attracted by Metaverse to remove barriers to participation, like physical location. Hence, there are more opportunities than ever. There are concerts, shows, events, communities, advertising and retail stores in the Metaverse. Wouldn’t you feel like becoming part of a system that transcends physical boundaries? A system that puts you in touch with people who are like you? Likewise, imagine buying a plot of land ten years in a suburb of a still growing city. This is the same scenario in the Metaverse, the difference being that there is no physical barrier. Hence, the gains are likely to be bigger in less amount of time relative to physical land.

The blockchain enables us to know the exact value of every asset that we create for the metaverse. It can track ownership and real-time supply and demand factors. Likewise, the value of virtual land in the metaverse depends upon the way virtual land gets used. For instance, is it an advertising billboard for a brand? Is it a sports training academy where users bring their virtual players? Or is it like a community gathering space, where people like to hang out and talk about issues they care about? Hence, there are many ways to monetize virtual land.

The premise of virtual land as an investment opportunity is full of risk at the moment. Hence, in times of extreme volatility, we witness wild swings in prices that people are willing to pay for. Growth in the real world is sluggish. Many nations are trying the best to revitalize their economies. For instance, people, products, services and capital migrate from old technologies to new technologies. This migration leaves a trail of disruption in its wake. There will be winners and there will be losers, like every gold rush we’re witness in history. Come early enough, stay long and everyone can win.

NFTICALLY is a venture that helps brands, creators and enterprises to create and launch their own NFT marketplaces.

What happens when an orthodox centralized organization sets its feet into a decentralized world? That sounds like an oxymoron, right? The global financial services provider HSBC, one of the most centralized entities, has taken a…