What Is an ICO? Initial Coin Offering Explained 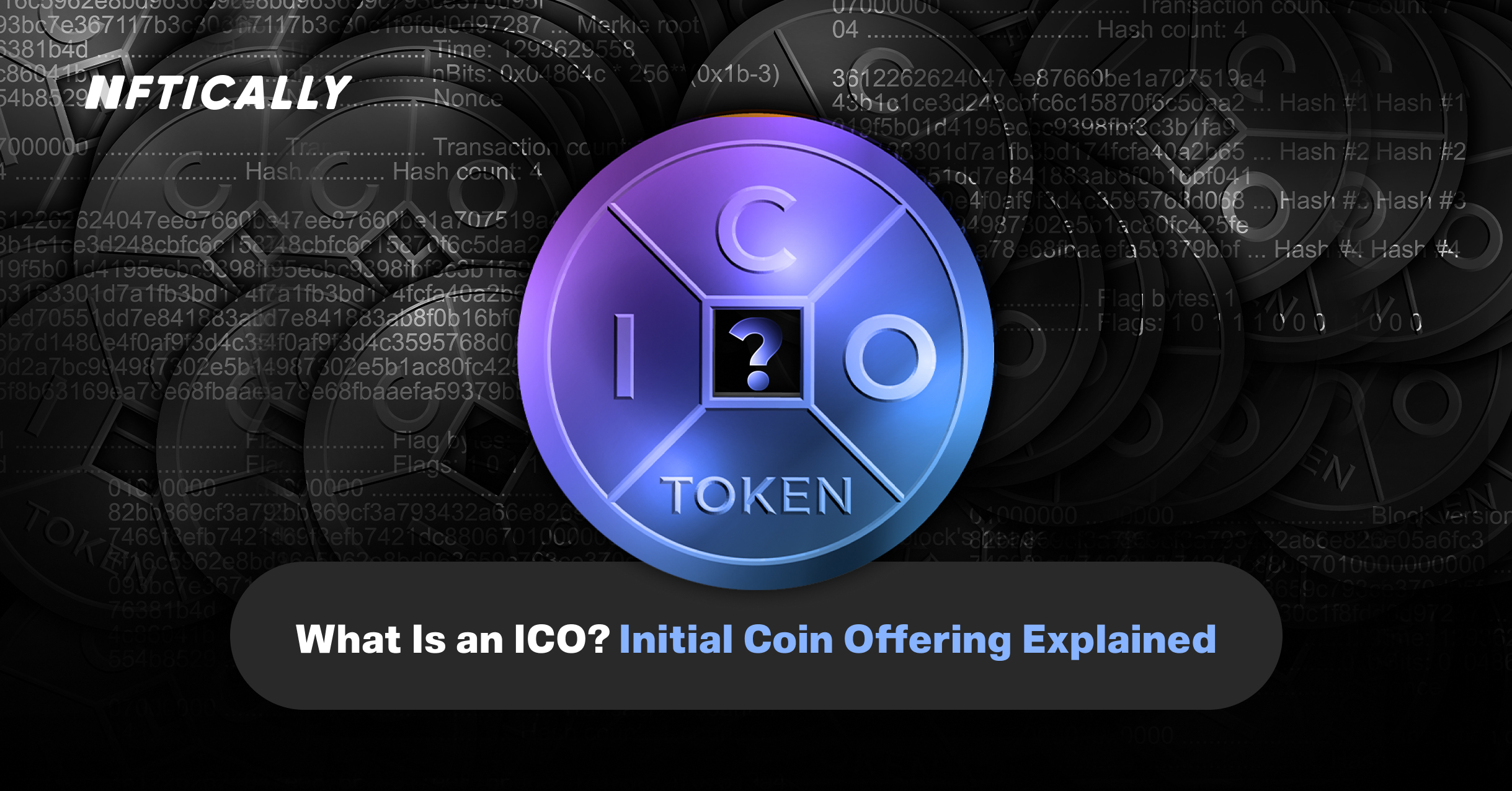 Initial Coin Offerings (ICOs) have become the talk of the town in the startup crypto space as they are generating massive profits by selling these digital coins straight to institutional investors and individuals. Its global acceptance and popularity can be testified by the fact that in the first quarter of 2018 alone, the total amount raised by cryptocurrency initial coin offerings was estimated to be 6.88 billion USD.

This article gives ICO enthusiasts and potential investors a decisive head start by covering topics including the types of ICOs, their working mechanism, pros and cons, what is an ICO crypto, and how they are regulated. Let’s get started right away.

What Is An ICO?

Initial coin offering (ICO) refers to the capital-raising procedure for providing initial funds and a substantial user base for a new crypto project. As ICOs do away with the intermediaries, investors constantly search for lucrative upcoming ICOs launched by start-up companies dealing in crypto.

Although the first ICO was held back in 2013 for the Mastercoin project, it was in the year 2014 when it gained widespread popularity after the token sale of Ethereum’s ICO yielded 3700 BTC in the first 12 hours. Moreover, with the advent of Metaverse, crypto ICO’s landscape and future has transformed dramatically.

Now that you know what is an ICO, let’s look at its two types:

Dash 2 Trade is one of the most sought-after upcoming ICOs intending to enhance the performance of investors and traders with the help of Automated Trading methods through an Application Programming Interface (API).

ETP (ERC20) is a Metaverse-based crypto ICO developed on the Metaverse blockchain technology that provides a socio-entrepreneurial groundwork infra to digital assets, Oracles, and digital identities among others.

$ECOM is an ERC-20 token native to the COMEARTH Metaverse ecosystem. Deployed on Ethereum and Polygon ERC20 Network, the $ECOM token aims to offer a transactional medium to the stakeholders within its ecosystem. With a huge token supply of 5 billion at a valuation of an impressive $30M, the $ECOM token is based on the OpenZepplin security standard.

IMPT’s upcoming ICO will be launched by Uniswap on 14th December to solve climate change by enabling investors to counterbalance their carbon footprint by purchasing or earning their carbon credits.

How Does An ICO Work?

The working mechanism of Initial Coin Offerings requires one to be well-acquainted with the fundamental concepts related to fintech. The following are the well-laid-out steps involved in the functioning of ICOs:

Firstly, intending to raise capital, the company determines relevant investment targets suitable for its fundraising campaign. Thereafter, it develops relevant material about its project to disseminate it to prospective investors.

Specified blockchain platforms that run existing cryptocurrencies (like Ethereum) are used for developing fungible and tradeable tokens. With just some minor modifications in their code, most of these tokens give some stake to their respective owners in the company’s service and/or product.

Alongside token creation, the company also sets in motion its marketing and promotional online campaigns for drawing in prospective investors. However, unlike with cryptocurrency, most of the leading platforms such as Google and Facebook have banned the advertising of ICOs.

Eventually, the company offers these painstakingly created and well-marketed tokens to investors. Often structured in several rounds, the proceeds from these ICOs are utilized by the company to launch a brand-new product or service. Moreover, while some investors wait for the increment in the value of these tokens, others use these acquired tokens for reaping benefits from the company’s newly launched product or service.

Advantages and Disadvantages of ICOs

As you’re familiar with the working mechanism of ICOs, let us look at their pros and cons.

How Are ICOs Regulated?

Regulations imposed on ICOs vary depending on the country. While several countries including  New Zealand, United Arab Emirates (UAE), Hong Kong, and Australia have already published guidelines for what is ICO in the crypto space and how it should be governed.

However, nations like China, Ecuador, and Macedonia (already known for their strict rules over crypto-based transactions) have put a complete ban on the exercises like ICO.

But on a positive note, the USA, Canada, and a host of European nations are currently developing a code of relevant protocols and regulations for upcoming ICOs.

COMEARTH is a cream-of-the-crop nouveau ecosystem wherein brands and creators can make memorable immersive experiences for their consumers and followers. Not only this, but Comearth combines the best of Web3, Metaverse crypto ICOs, and Amazon.com so that buyers can explore top-notch global products, events, and services in a single Metaverse.

For those still struggling to comprehend what is ICO in the crypto era, Comearth simplifies its understanding and functioning for new-age users. Laden with cutting-edge DIY launch tools and several other unique features, Comearth gives you an immersive gamified experience for e-commerce, brand engagement, and socialization within the Metaverse.

Startup projects market their ICOs through (i) social media sites and channels; (ii) influencers who are paid for advertising the ICO; and (iii) giving away coins via an AirDrop.

Within a startup project, utility coins are given to investors early on, giving them access to the project’s future services and projects.

Equity coins are asset-backed coins, for instance, a share in the startup project’s future revenue.

Due to the previously mentioned disadvantages, some crypto projects have considered alternatives to ICOs, such as Security Token Offerings (STOs) and Initial Exchange Offerings (IEOs).