What Is the NBA Top Shot? NFT Collectible NBA Moments 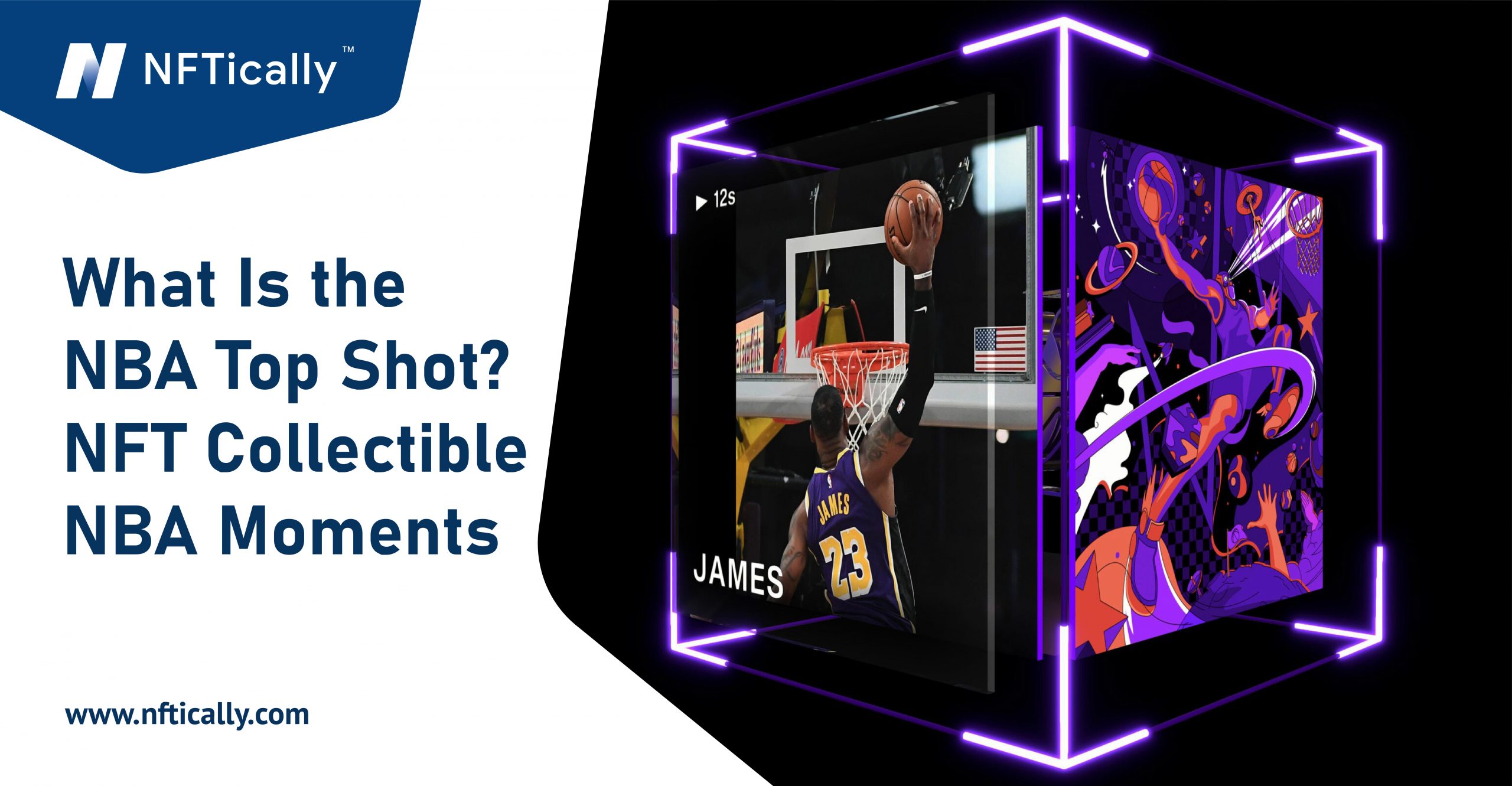 NBA NFT Using blockchain technology for top shot. It allows viewers to buy, sell, or exchange numbered licensed game highlights. NBA Top Shot has been around for two years, but it has recently become so much popular among basketball fans that are globally based.

As of July, of this year, Dapper Labs launched the NBA NFT marketplace. it’s a Vancouver-based blockchain start-up, created with Crypto Kitties. This is the most well-known blockchain-based game in the whole world. However, Dapper Labs received a great deal of helping bringing its concept to fruition. The technology of blockchain behemoth is being teamed with the NBA and the NBA Players Association to launch NBA Top Shot. This means that all the Top Shot highlights are officially licensed by the league itself.

Except for fanatical collectors, most basketball fans were completely ignorant about Top Shot. But this year NBA fans got to know about Top Shot. Due to this, there is a major movement going on in the course of the previous six months.

In NBA NFT there are three ways for basketball fans to get NBA top shot moments. The three ways are mentioned below:

Top Shot moment also gives “Challenges” from time to time providing users an opportunity to win new Moments. During a Challenge, participants have a given period of time in which to get a specified set of Moment. Once the specified time has ended, any user who has collected the whole set of needed moments will be awarded a bonus. The Moments obtained by participation in Challenges can’t be claimed in any other way. Therefore, Challenges incentivize users to trade “amongst the same-like traders. And it helps to increase market vitality and excitement.

NBA Top shot Moments can be obtained through a pack purchase or through completing a Challenge. You can then trade or resell in the same way as actual trading cards are traded. Although each Moment’s validity and scarcity can be easily verified using the Flow blockchain. The whole transaction history of each Moment is publicly available for view to the customers. This particular information contributes to the creation of a transparent and highly trustworthy market environment. Even though Moments may only buy or sell on Top Shot’s official platform, the fair market value of each Moment is determined by the user community. Top Shot’s platform’s aftermarket interest and the importance of its community-driven aspects are demonstrated by the peer-to-peer (P2P) exchange of Moments. It collectively amounted to more than 95 percent of the total sales value in the first quarter of 2021 on Top Shot’s platform.

NBA top shots moment: How does it function

Dapper Labs determines many copies of each clip they sell and assigned a number to them after the National Basketball Association trims the highlights. In the same way, the real trading cards are packed, and their package is highlighted into a digital pack. Dapper Labs can then sell on the NBA Top Shot website for prices ranging from $9 to $230 for each particular pack. It is dependent on the quality of the highlight, the fame of the player, and the exclusivity of the card on which the pack is based. The highlights from the pack are stored in your encrypted, safe highlight wallet. These trading cards are to be “showcased” or re-sold on the NBA Top Shot Marketplace.

Currently, Ja Mordant relying on Aron Baynes during his Rookie of the Year season that was last year is currently being sold for $100,000 on the open market. The pricing amount depends on the present global NFT market cap!