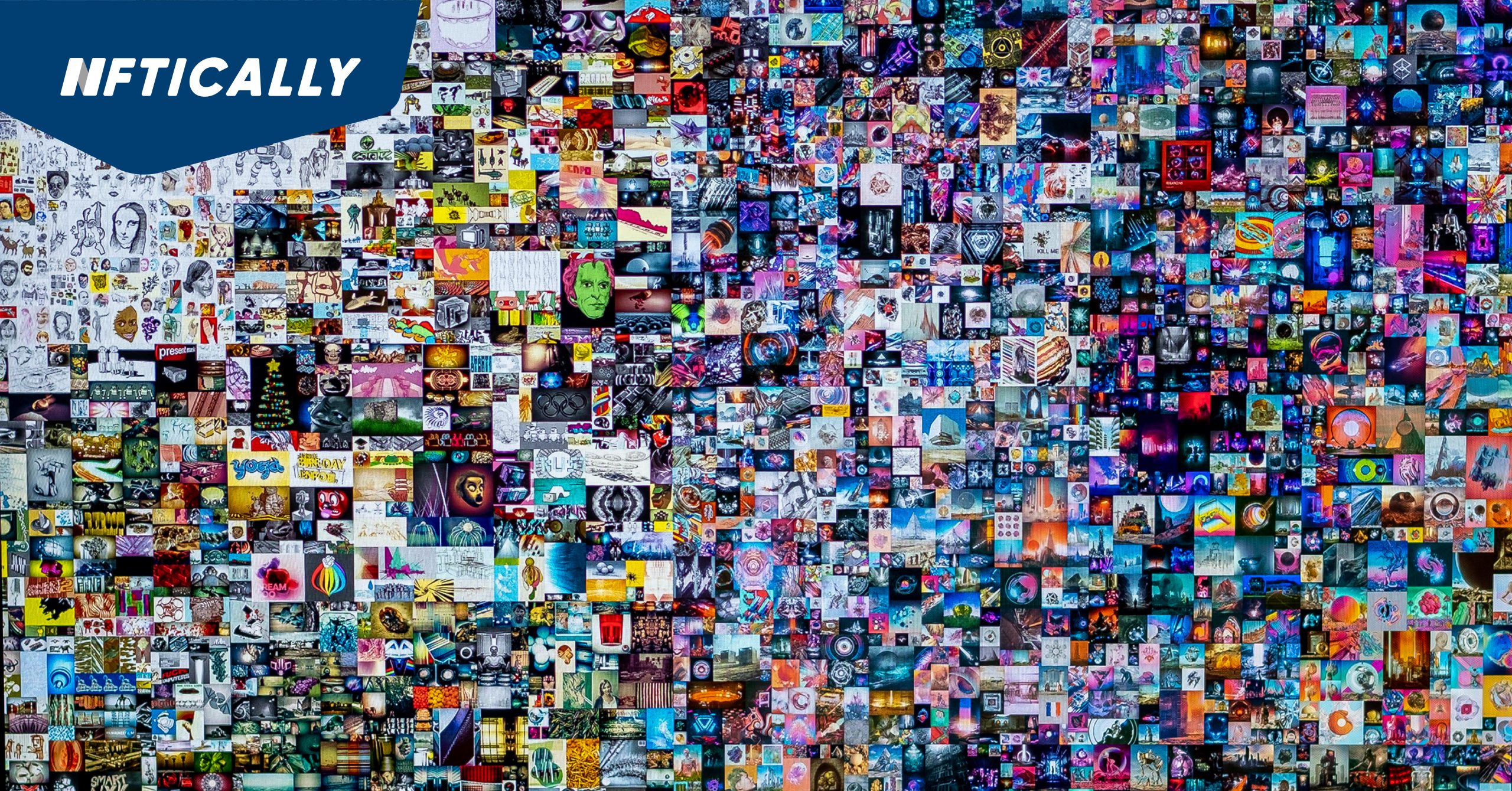 There are many things in the world that keep us occupied from time to time. We’re social animals. We like to exchange ideas, information and gossip with each other. This helps us to make our lives rich and full of meaning. We’re looking to live a meaningful life. A life that gives us opportunities to learn skills and live a comfortable lifestyle. We’ve come here to discuss about NFT drops.

NFT drops represent the very latest technology we’ve built to exchange value with each other. Furthermore, for most of us, value means something physical. Like a book or a smartphone. Likewise, ideas and moments can also get packaged and sold. As a result, we have too much information already.

Thus, NFT drops enable creators and organizations to think what they’re best at and package them. Package them into what? A scarce and valuable resource.

Think as if you’re a critic of some subject or discipline. Likewise, how would you judge it? Wouldn’t you want to focus on aesthetics? Would you focus on the story? Who are the people in charge of building it? What could be its value? As a result, many things go on inside our heads when judging whether you want to like something or not. It’s the same with NFT projects.

You may be thinking: what are these NFT drops all about?

Cosmos Kidz is an NFT collection of 9,999 unique characters. They represent entry tickets to Cosmos. The story is that the big bang has shaken the balance of space and time. Thus, owing to cosmic storms, each Kid is bound to the other via an unusual kind of energy. As time went by, they evolved into Meta Cosmos Kidz. This is the essence of this NFT project. As a result, this NFT drop is to watch out for.

Next up are the development of the COSMOS token, brand collaborations, and building a DAO.

These guys still don’t have a website and discord channel at the time of this writing. So that’s how early you are getting to know about this NFT project. Thank us later. If you see the project’s Twitter and Instagram handles, the quality of the artwork is immediately apparent. The relative speed at which its community has grown in such a short time is something we should watch out for.

Hence, the quality of a community is directly proportional to the chances that a project will break out and become successful. As a result, every project’s community has a certain ‘noise’ level. Likewise, the louder it is, the more the project is visible to the world.

Ever since the cryptocurrency Shiba Inu broke out among the masses in 2021, the internet has been obsessed with Shibas. As a result, people have started collecting and trading all types of digital assets. Likewise, owning NFTs makes our own personalities stand out on the internet. Furthermore, this greatly enhances one’s identity among his or her network. Mutant Shiba Club promises to pack a punch in 2022.

The clarity of their artwork and vision is easy to recognize in this one. Built on the Solana blockchain, it is an NFT collection of 6,666 bored rockstars. They will generate from over 100 million permutations and combinations. Each of the NFTs is rare on its own and helps build a virtual entertainment economy using the $VIP token.

Thirty (30) NFTs use collaborations with popular musicians and form the Legends collection. Likewise, holding the NFT gives owners an entry ticket into the Bored Rockstar Club, a physical club. Similarly, you need to hold two or more NFTs staked to form a band, give it a name, connect a Spotify playlist and earn $VIP tokens.

The NFT owner will hold all the commercial rights and use it in any way he or she sees fit. Hence, this will enable owners to monetize their assets in any way they want. Hence, this NFT drop is one to watch out for.

How would you like to head off to a planet and start your own civilization? Likewise, you can build an economy any way you want. This would be unthinkable if we were living a decade ago. Blockchain and NFT technology have given people the ability to monetize all their actions on the internet. In that case, 10,000 uniquely generated planets to build a new habitat, would be a dream come true for many.

Troverse is an open-world exploration game, people can start developing their planets. Powered by Unreal Engine, the game features giant 3D planets to explore, mine resources and find treasures. These 10,000 planets are spread across the galaxy. There are plenty of believers for the project’s community. Users can wait for their whitelist to begin sometime this year.

The Invisible Friends community is doing quite well at the moment. Members of the community who were able to get their hands on previously minted projects get preferable access to its whitelist. We cannot wait for this NFT drop.

Tons of NFT Drops on the way

Make sure to follow up and do your own research about all the above-mentioned projects. This will not only help you improve your understanding of NFT drops,, but also meet amazing new community members! The blockchain is building a new world with value and payments embedded into it. Artists, creators, developers, designers, writers, and other creative individuals can showcase their life’s work supported by great communities. This is the essence of a creator economy. NFT drops are one part of it.

NFTically is a software-as-a-service venture which focuses on helping brands, creators, and other artists to create and launch their NFT marketplaces. 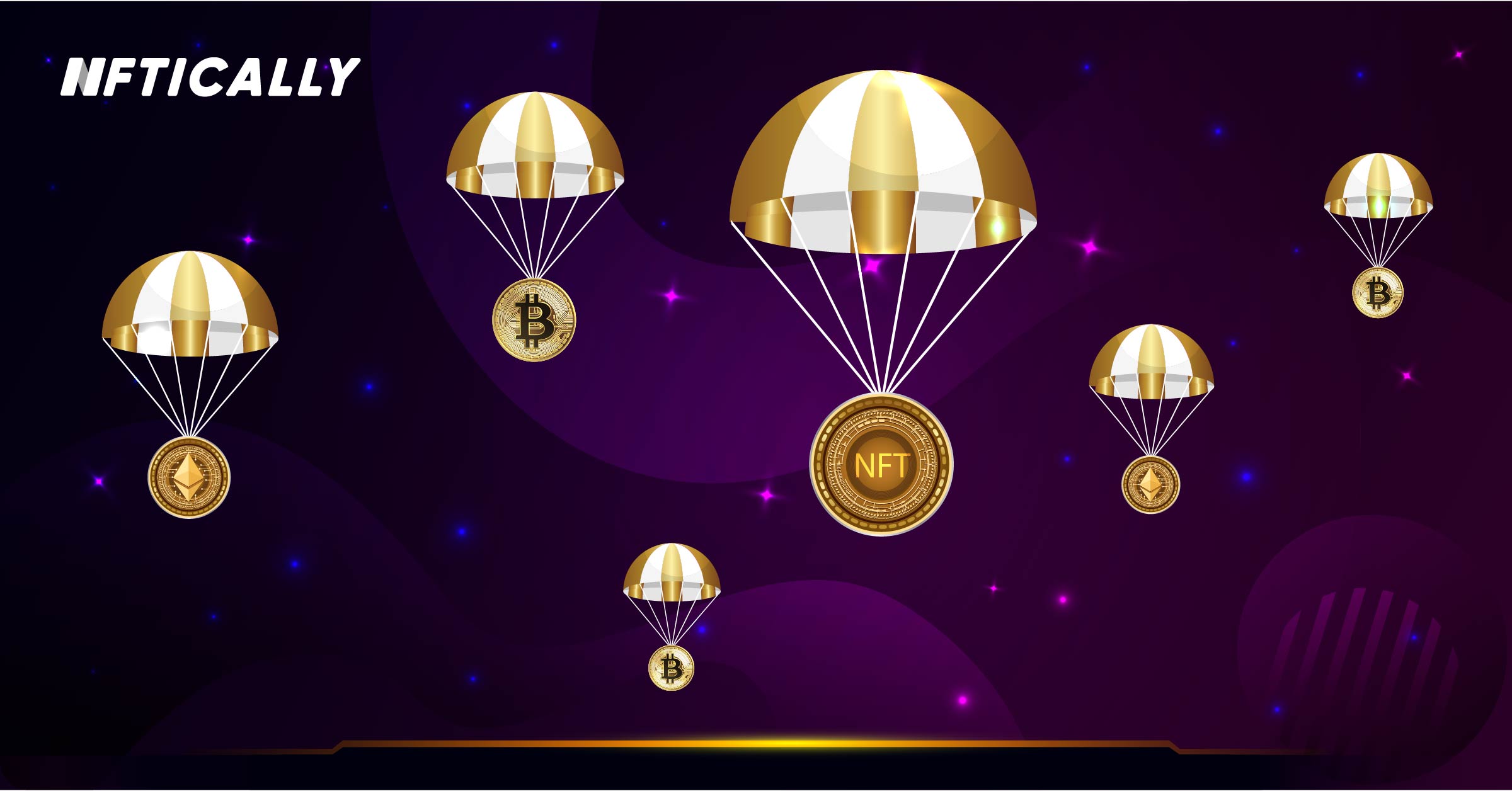 Ultimate Guide to NFT and Airdrops

Undoubtedly, investors have more interest in cryptocurrency and NFTs. As calls for a decentralized financial system grow louder, there will be greater demand for digital assets. How can Web 3.0-based projects grab the attention of… 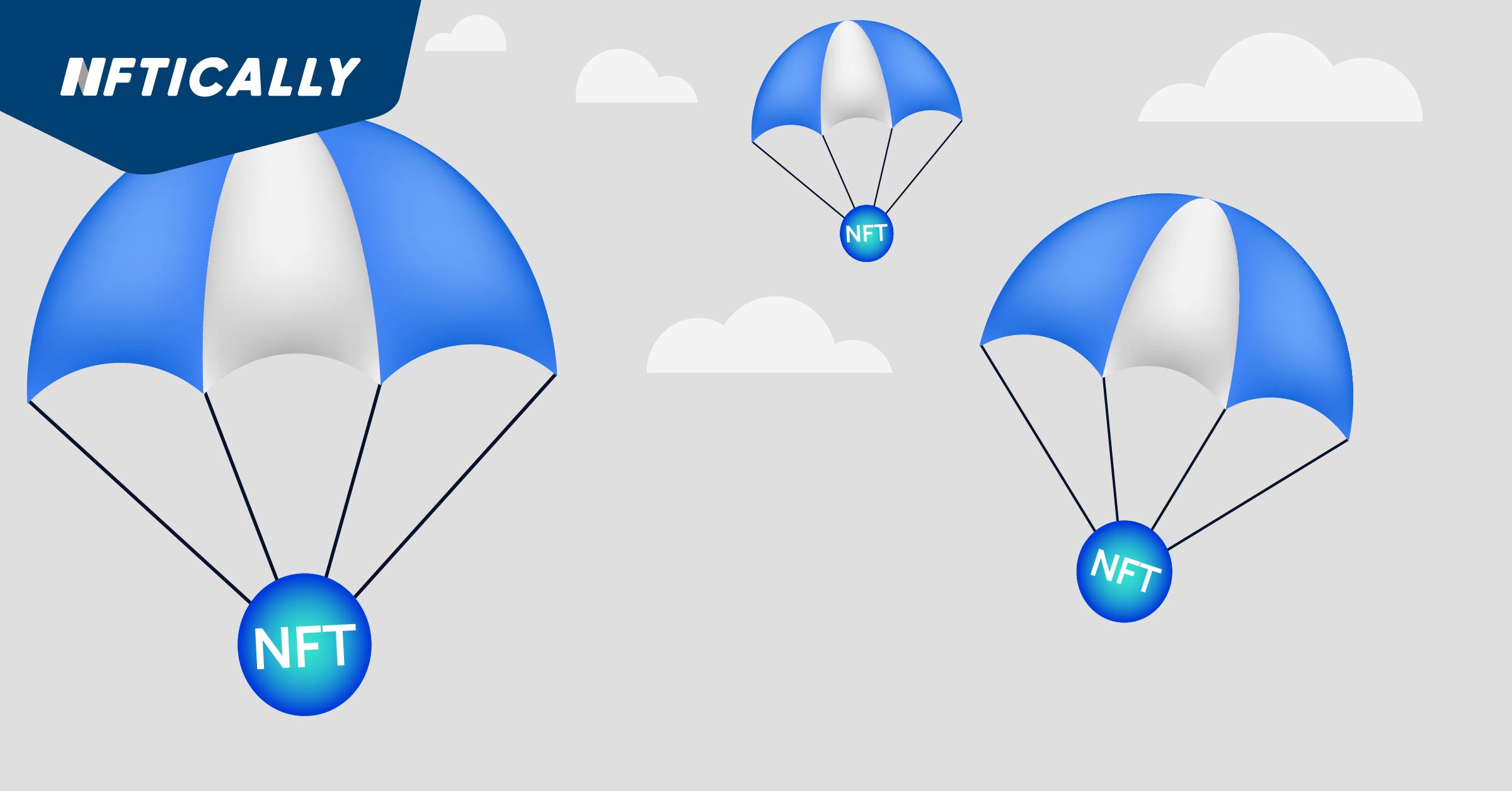 What’s an NFT Airdrop and How Does it Work?

NFTs or non-fungible tokens had a blast in 2021. The daily ups and downs of the market aren’t something to bother about. The long-term horizons of the technology are clear. Likewise, unique digital assets whose…